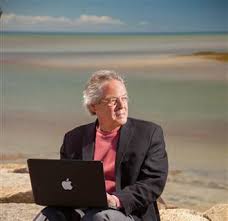 Greg O’Brien has more than 35 years of newspaper and magazine experience as a writer, editor, investigative reporter, and publisher. In 2009, he was diagnosed with Early Onset Alzheimer’s. His maternal grandfather and his mother died of the disease. His work has appeared in many publications, including the Associated Press, UPI, USA Today, Arizona Republic, Boston Herald American, Boston Metro, New York Metro, Philadelphia Metro, Providence Journal, Cape Cod Times, Boston Irish Reporter, and Boston Magazine, where he was senior writer. He is also the editor/author of several books. This month his memoir about his journey  living with Alzheimer’s will be published by Codfish Press. The book is called On Pluto: Inside the Mind of Alzheimer’s.