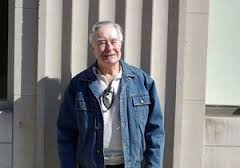 John “Jack” Hopper has produced three collections, His first, Miscellany, was published in 1962; the second, The Ympes of Wanton Youthe, appeared in 1995. His most recent collection is called Doubles: Poems 1995-2012. He founded and coedited Works: A Quarterly of Writing from 1967 to 1974, a magazine that published writers such as Sam Shepard, Diane Wakoski, and others.