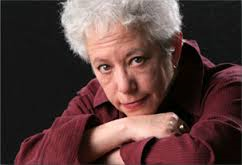 Ian is a songwriter, singer, musician, columnist, and science fiction author. She first entered the folk music scene while still a teenager in the mid-sixties; most active musically in that decade and the 1970s, she has continued recording and touring into the 21st century. She has won two Grammy Awards, the first in 1975 for her song, At Seventeen, and the second, for Best Spoken Word Album, in Feb. 2013 for her autobiography, Society’s Child. In this March 2011 interview we discussed her autobiography and played excerpts from her CD The Essential Janis Ian.