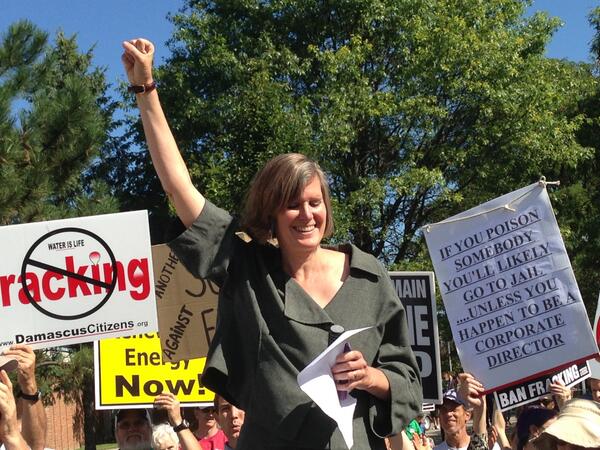 Biologist, author, cancer survivor, activist, Sandra Steingraber writes about climate change, ecology, and the links between human health and the environment. For several years she has been speaking and organizing against fracking and practicing civil disobedience against  methane gas storage along Seneca Lake.
Steingraber’s highly acclaimed book, Living Downstream: An Ecologist’s Personal Investigation of Cancer and the Environment was the first to bring together data on toxic releases with data from U.S. cancer registries and was adapted for the screen in 2010. As both book and documentary film, Living Downstream has won praise from international media.
Continuing the investigation begun in Living Downstream, Steingraber’s books, Having Faith: An Ecologist’s Journey to Motherhood and Raising Elijah: Protecting Our Children in an Age of Environmental Crisis, explore the intimate ecology of pregnancy and reveal the ways which environmental hazards now threaten each stage of infant and child development.
Steingraber has been named a Woman of the Year by Ms. Magazine, a Person of the Year by Treehugger, and one of 25 “Visionaries Who Are Changing Your World” by the Utne Reader. She is the recipient of the biennial Rachel Carson Leadership Award and the Jenifer Altman Foundation’s Altman Award for “the inspiring and poetic use of science to elucidate the causes of cancer.”
Prefer to download the show? CLICK HERE.