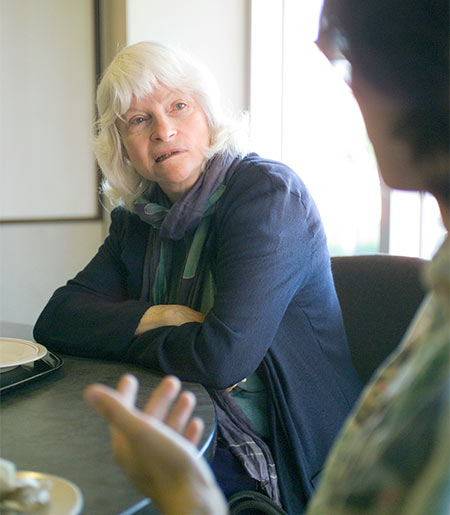 We’ll be discussing her new collection of essays “Words and Worlds” From Autobiography to Zippers.”

Lurie is probably best known for her novels, which have often been described as social satire.The War Between the Tates (1974) is set in Corinth University, which has been said to have some similarities to Cornell, and its main characters are a professor who becomes involved with a graduate student, and his distressed wife. It later became an NBC television film starring Elizabeth Ashley and Richard Crenna.
Foreign Affairs (1984), which won the Pulitzer Prize, was made into a film for television with Joanne Woodward and Brian Denehey.
At Cornell University, she is the Frederic J. Whiton Professor of American Literature emerita.