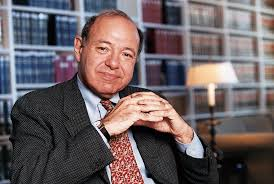 Neuborne is one of the nation’s foremost civil liberties lawyers, teachers, and scholars. He is the founding legal director of the Brennan Center for Justice at NYU School of Law. Neuborne has served as national legal director of the American Civil Liberties Union, special counsel to the National Organization for Women Legal Defense and Education Fund, and member of the New York City Human Rights Commission. He challenged the constitutionality of the Vietnam War, and worked on the Pentagon Papers case. At the Brennan Center, he has concentrated on campaign finance reform and efforts to reform the democratic process.  His most recent book, and the interview, is Madison’s Music: On Reading the First Amendment.