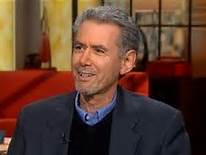 Cohen is the founding director of The Park Center for Independent Media, and Associate

Professor of Journalism, both at Ithaca Collage. His commentary has appeared widely
in national newspapers and magazines, including The Washington Post, The Boston Globe
and The Los Angeles Times.
He is author of many books, including Cable News Confidential: My Misadventures
in Corporate Media and Through the Media Looking Glass: Decoding Bias & Blather
in the News.

In this conversation we will discuss the media, fake news, journalism and cultural influences during 2016 election.