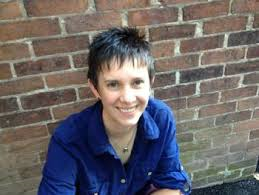 Draper holds an MFA in poetry from the University of Alaska Fairbanks and an MA in fiction from the University of New Hampshire. She was born to an Argentine mother and American father, and grew up outside of Santa Fe, New Mexico, in the village of Cañada de los Alamos and in the small town of Colonia, Uruguay.  Her first solo full-length collection, Later the House Stood Empty, is just out from Boreal Books, an imprint of Red Hen Press.

Her poems have appeared in Crazyhorse, Cimarron Review, Borderlands: A Texas Review, PALABRA: A Magazine of Chicano & Latino Literary Art, Salamander, and other journals. Her 2003 chapbook What Better Place than This? features early work . She won an Individual Artist’s Award from the Rasmuson Foundation in 2012 and a Dorothy Sargent Rosenberg Prize in 2008.

She currently works as the outreach coordinator for Cornell University’s Southeast Asia Program and as a freelance editor and writer.